Debuting Friday, February 12th, Brooklyn-based indie rock band Heads Up Display's FORMULA VS. PERFUME, the latest music video from the directing team Kushner + Molina of Culture Pop Productions (www.culturepopproductions.com). , features puppets designed and built by acclaimed cartoonist and graphic novelist Kevin Colden (Fishtown, I Rule the Night), and band frontman Josh Dillard (formerly of the Sesame Workshop). Co-director Seth Kushner is an award-winning photographer for such publications as The New York Times, Newsweek, L’Uomo Vogue and is also the co-author of the photo book, The Brooklynites.

Bergen Street Comics (www.bergenstreetcomics.com) is hosting a premiere party Friday, February 12th at 8PM. The band will perform a short acoustic set followed by a screening of the video.

Seth Kushner directed his first music video, GET IT TOGETHER by Maya Azucena, in early 2009. For his second directorial effort, JOHN HUGHES by Q*Ball, Kushner teamed with fellow photographer/filmmaker Carlos Molina, under the banner of Culture Pop Productions.

The team then produced and directed ON THE FRINGE WITH PAUL POPE, an interview-based documentary on the artist/comic book creator. They followed that with the music video HOW I PLEAD with hip-hop artist Rezen, and the webcomics documentary, THE ACT-I-VATE EXPERIENCE.

Heads Up Display are uncovering songs that had been long lost deep in the oceans of time. Three adventurers Josh, Steve and Kevin, in their mini-sub 'Abbey' skim the mid-Atlantic shelf for remnants of what had begun with such groups as the Wipers, the Pixies, the Promise Ring and Television. Their ongoing mission, to bring to light the sounds that made people sing out loud and dance as if 'Tomorrow' did not matter, continues to this day. Find out about their progress at venues in the metropolitan tri-state region at www.headsupdisplay.net

'AS/IS is like a rift in the space time continuum where 1990s college rock is seeping through into 2009 and mingling with musicians brainwaves. Think Weezer before they started sucking. Or The Pixies if they had formed 15 years later.' Blake from Sugar Sours

'From lovesick teenaged punk, to drums akin to a battering ram, to some self-proclaimed “emo” female harmonies; Joshua, Steve, and Kevin of Heads Up Display have seen or done just about everything.'


Seth Kushner (www.sethkushner.com) is an award-winning photographer whose work has been featured in many publications and in exhibitions around the world. His first book, THE BROOKLYNITES was published by powerHouse Books in 2007. He is also the co-creator of the comics journalism site, Graphic NYC (www.nycgraphicnovelists.com).

Carlos Molina was born, raised and will most likely be buried in Brooklyn. Cultivating film and still images is how he spends the better part of his day. He is currently the Director of the photography program at Abraham Lincoln High School in Brooklyn, where, as student, he was first exposed to the potency of the visual medium.

Kevin Colden is the author of Eisner Award-nominated, Xeric award-winning graphic novel FISHTOWN. He is a veteran of the ACT-I-VATE and Chemistry Set webcomics collectives, and his work has been published by such notable publishers as IDW Publishing, Image Comics, Alternative Comics and Top Shelf Productions. He currently writes and draws I RULE THE NIGHT for Zuda (www.zudacomics.com) and is the drummer in HEADS UP DISPLAY.
Posted by Seth Kushner News at 1/26/2010 01:05:00 PM 1 comment:

Dmitriy "The Star of David" Salita

I've finally done a much needed update on my website, adding a bunch of new work, including portraits of such great subjects as; Moby , Patrick Stewart, Edward James Olmos, Jonathan Ames, Joe Quesada of Marvel Comics, and more. On the Projects page, I've added a category called "Celebrity," which is my new series on pop culture icons all shot at fan conventions. Also on the Projects page, I've updated my series, "Graphic Novelists," which is my long-running project on the top creators of comic books and graphic novels. 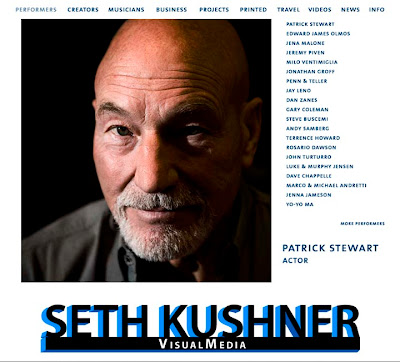 Last week, I had the pleasure of visiting the Tribeca home of Larry Hama. Like many comics readers of my generation, G.I. Joe was my introduction to monthly comics, and we all have Larry Hama to thank for that, as he wrote 155 issue of the Marvel Comics series.

Check out the full GRAPHIC NYC profile on Larry.

Odd man who approached us in Coney Island

As the GRAPHIC NYC project grows, we keep adding subjects, like recent Xeric award winner, Nathan Schrieber. I've been following Nathan's ACT-I-VATE comic, Power Out for a while now, and can say that it certainly is award-worthy.
Since much of Power Out take place in the woods, Prospect Park seemed like the perfect place to do Nathan's portrait. 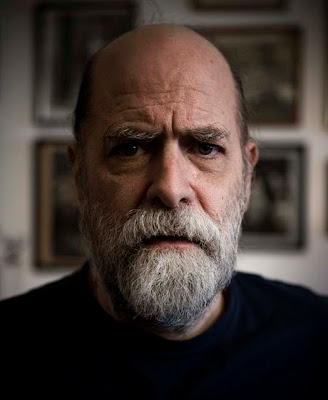 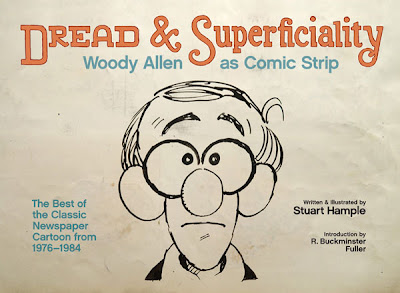 My review of Dread & Superficially: Woody Allen as Comic Strip 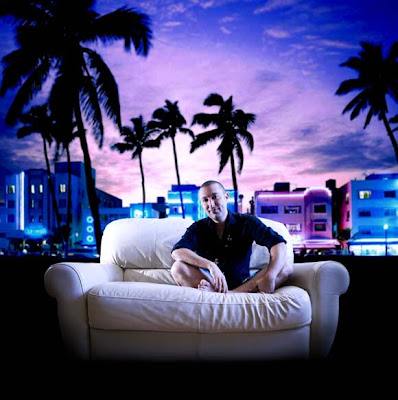 One of proudest accomplishments is The Brooklynites, the book I did with writer Anthony LaSala. It's been two and a half years since it was released and it's still something people often bring up to me.
Anthony and I worked on the project for over three years and photographed and interviewed over 300 subjects, with only about 200 making it into the final book. We've often talked about how we had enough left-over material for another book, but with both of us moving on to other projects, that's not something I see happening anytime in the near future.
I thought it might be interesting to post a few of the outtakes here, for anyone interested. I might even post some more, from time to time.

Veritee Hill, 24
Fashion Designer
“I originally lived in England and moved to Brooklyn in 2002 after living in South Carolina. I came here because it was time to leave my family and pursue a career in fashion. I got a place with my best friend on 17th street in Park Slope and the first time I saw it I couldn’t believe how tiny it was. But I was very happy to have my independence.”
Photographed in Park Slope

Judy Gibbs, 44; Mali, 3
Mother; Son
“We have been on this block for 36 years. We’ve seen all the changes. When I saw a Radio Shack open I up I couldn’t believe it. I used to say that when you saw a white man running through Bed-Stuy, he was running for his life – now he is jogging. I feel so at home and so safe here. When I walk home from the subway and the bus someone once told me that I could make a fake hand and hold it up because I say ‘Hi’ to everyone. You feel warmth here.”
Photographed in Bedford Stuyvesant

Daniel Judah, 27
Boxer
“People from this city used to tell everyone that they were from New York. Now everyone says I’m from Brooklyn. Brooklyn is #1. But this place wouldn’t have meant anything to me without having my brothers around. Growing up with them and just sharing everything with them and my family – that made the Brooklyn experience special.”
Photographed in Gleason’s Gym in D.U.M.B.O.

Mikhail Toyber, 58; Stella Toyber
Fisherman
“As a fisherman, living in Brighton Beach is the best. I can fish every morning. Plus I can swim all year ‘round. The summertime here is amazing. It’s cooler by the water – I don’t even need the air conditioner.”
Photographed in Brighton Beach

Charlotte: “I was born in East New York. When my family moved over here, I was about 12, and there were only five or six houses on the block and the street was not paved. There was a skating rink on Ocean Parkway back then as well. And one side of the Parkway had a bridal path. It was very countryish. Even Kings Highway wasn’t completely paved.”

Stanley: “I was 13 when I moved to Brooklyn. I first moved to Williamsburg. I even remember the address - 558 Bedford Avenue. I was there before it was cool. I made it cool.”

Charlotte: “We met in 1932 on April 17th at the Avenue R Temple membership dance. Stanley came over from the Garfield Temple in Park Slope along with four other young men.”

Stanley: “By the time I got up the courage to ask her dance it was the last dance of the evening – they started playing ‘Home Sweet Home.’ I didn’t ask her for her phone number – just her last name and told her I would look her up in the phone book. I found her number and asked her to go out with me that Monday night. She said no because she had been out Friday, Saturday and Sunday but she agreed to go Tuesday.”

Charlotte: “I made him wait one day.”

Charlotte: “My father built this house in 1922. It has only been lived in by our family. Stanley and I moved in here in 1947 after my mother had died. We lived here with my father for a few years and then bought the house from him and here we are. We are very happy we stayed in Brooklyn.”

Stanley: “Today Brooklyn really has become a center of the arts. I helped found the Brooklyn Philharmonic Orchestra and I helped make B.A.M. what it is today. A man named Harvey Lichtenstein and I became friendly and jointly converted it by bringing in the arts programs that we have today. I am still on the Board of Trustees at B.A.M. and I am Honorary Chairman at the Philharmonic.”
Photographed in Midwood

Paul Nison, 36
Author, Speaker and Raw Food Chef
"Brooklyn is so special because the area is cool, the streets are alive and the people are ‘Real.’ I've traveled all over the world, and in other parts of the world people didn't know who the president of the United States was but they had heard of Brooklyn. It is the most popular suburb in the world for sure and I feel blessed to have grown up here. Everyone loves my Brooklyn accent wherever I go. I don't even have to say anything and many people know I'm from Brooklyn. When they asked I proudly say BROOKLYN."
Photographed in Sunset Park/Chinatown.

Check out the Brooklynites page at my "official" site to see more work from the book.