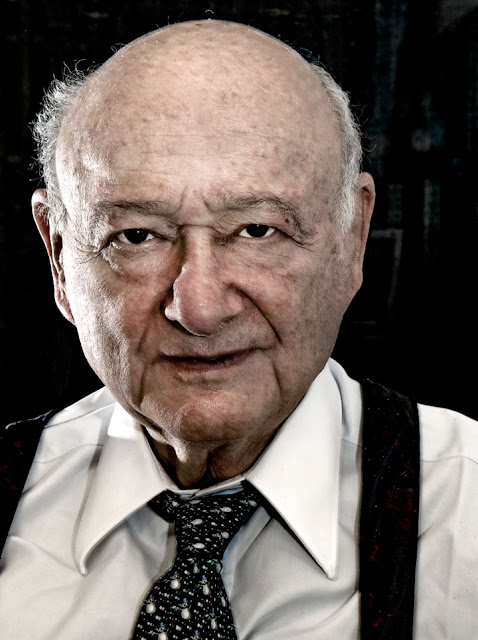 As a child growing up in NYC during the 1980s, it's hard not to think of Ed Koch as a celebrity.  He was a staple of the 5 o'clock new that played on a 13" TV during my family's weekday dinners.  I remember being at a community board meeting with my parents when I was around 7 or 8 years old and Mayor Koch spoke.  I sat and drew a portrait of him from my seat and ran up and handed it him on his way out and he thanked me.

I took the above warts-and-all portrait in 2008 for a project I was working on for the non-for-profit organization, CAMBA.  I only had a few minutes with him in his Midtown Manhattan office, so I hardly got to know him, but I found him engaging and affable.