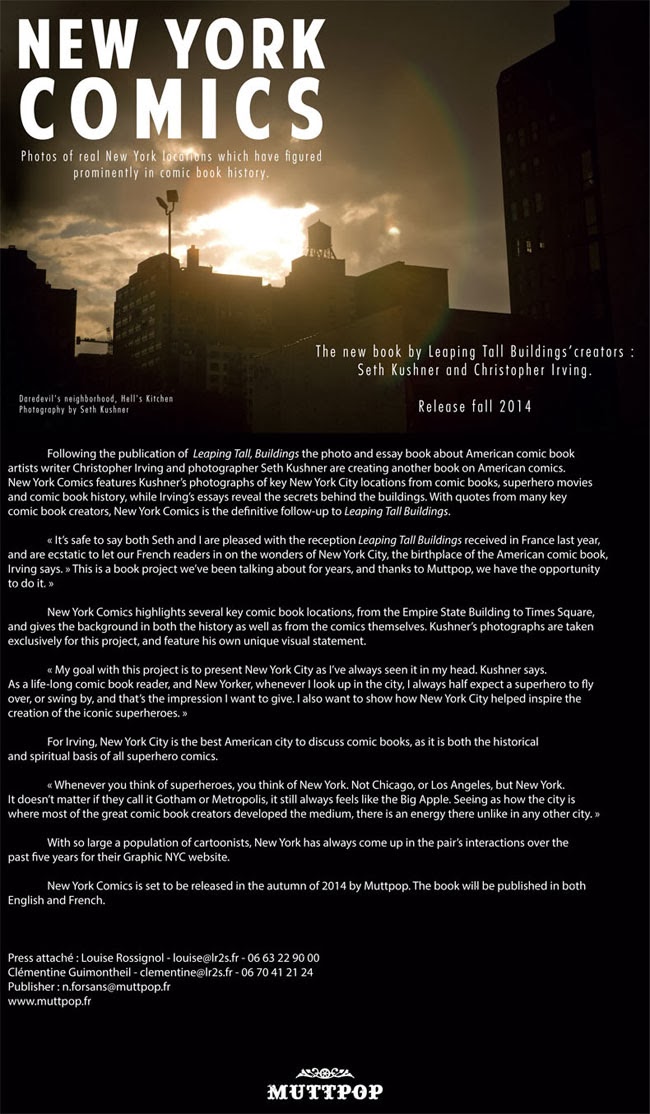 I'm very excited to announce the upcoming release of my next book, NEW YORK COMICS, which is also my second collaboration with Christopher Irving and the follow-up to our 2012 book, LEAPING TALL BUILDINGS: THE ORIGINS OF AMERICAN COMICS.  This new book is being published by Muttpop, the same French publisher who last year put out DES COMICS ET DES ARTISTES, the French language edition of LTB.  The book is scheduled to be released this coming fall in France.  It's being printed in both French and English, with the plan to find a US publisher to release it here in the States as well.

How is this book different from our previous one? It's actually very different.  This book will focus on iconic locations in NYC that have been prominently used in comic books, superhero movies and in comics history.  The location photos will all be shot by me and the essays will be written by Chis.  Plus, there will be comic art throughout and my photos of comics creators with their quotes about NYC.

The schedule is tight for a fall release, so we'll be working had to meet our June deadline.  I've already started my part and I'm enjoying the hell out of traversing the city with my camera, Peter Parker-like.  I'll post some photos along the way.  In the meantime, see the press release Muttpop put together using my photographic impression of Hell's Kitchen, which has been utilized so vividly by such artists as Frank Miller in Marvel Comic' Daredevil. 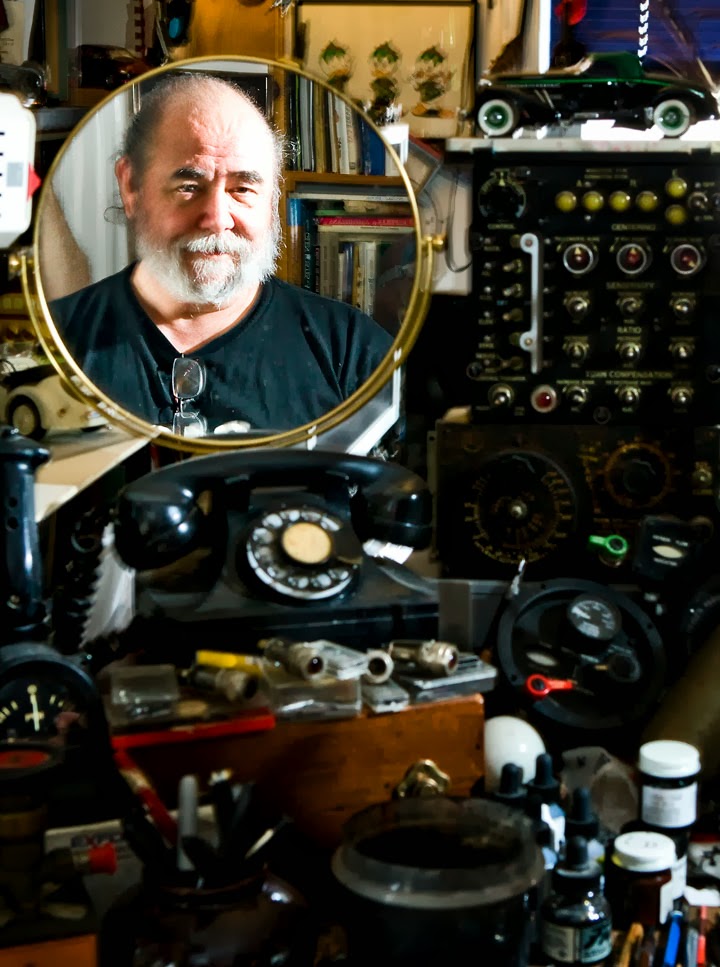 Last year I was commissioned by Jon Cooke to photograph renowned cartoonist Michael Kaluta for Comic Book Creator Magazine.  Since the feature has been put on hold, I thought I woild share these photos.

I went into this shoot without a plan, but knowing I would do something on the artist at his home.  I had been informed Kaluta's Upper West Side apartment was "filled with cool stuff", but I was not prepared by what I would find; antique toy ray guns, aviator goggles, old airplane instrument panels, art supplies (of course!) and the man himself.  Kaluta was gregarious and inviting as I walked him through my various photo ideas, which was basically having him pose in different fascinating spots in his apartment.

The photos, inspired as always by Arnold Newman's (my one time employer - long story!) environmental portraits would certainly fit right at home with my long series of comic book creator photos in my book, Leaping Tall Buildings: The Origins of American Comics.  Perhaps one day, Chris Irving and I will do a new edition of the book and include folks I've covered after the publication, like Kaluta, Bryan Lee O'Malley, Robert Kirkman and more.  For now, thanks to John Cooke for allowing me to continue my series in the pages of his magazine.  Also, thanks to Gregory Benton for tagging along the day of the shoot and lending a helping hand. 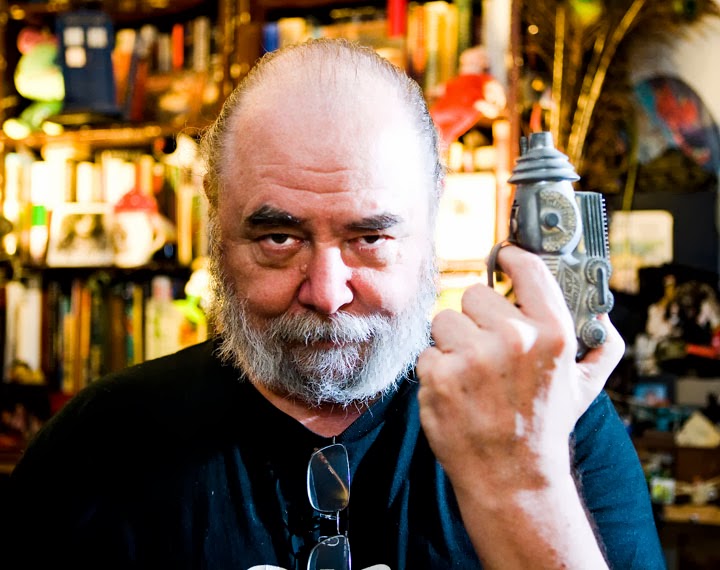 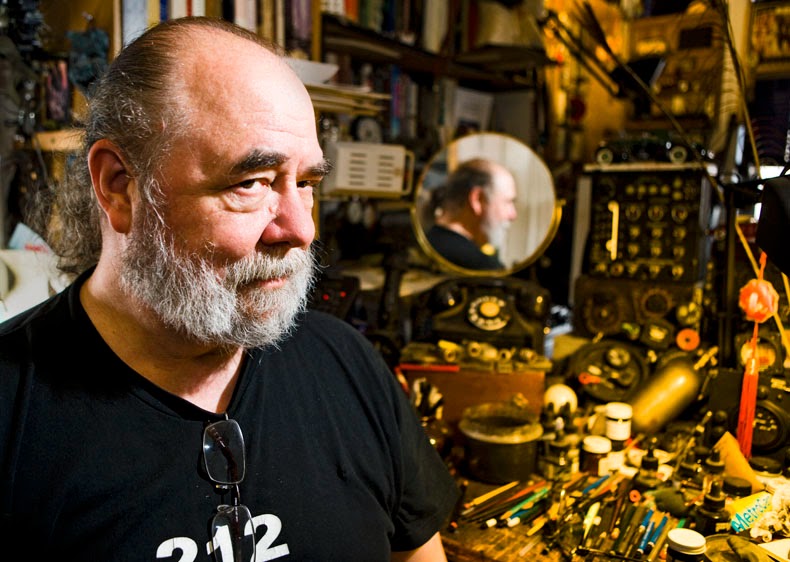 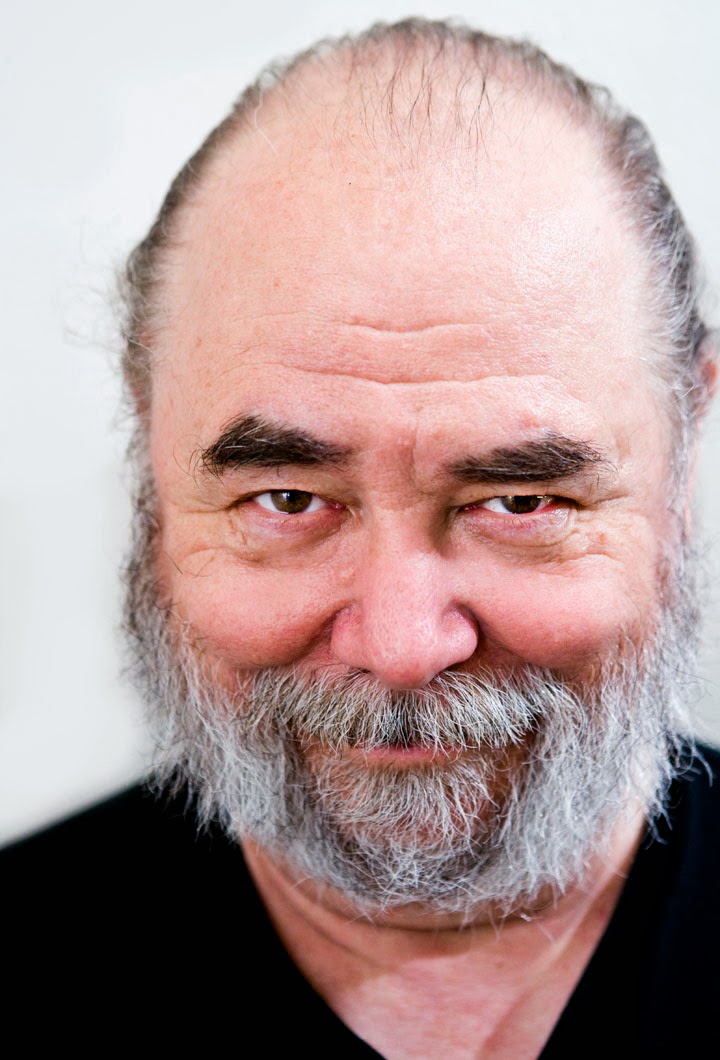