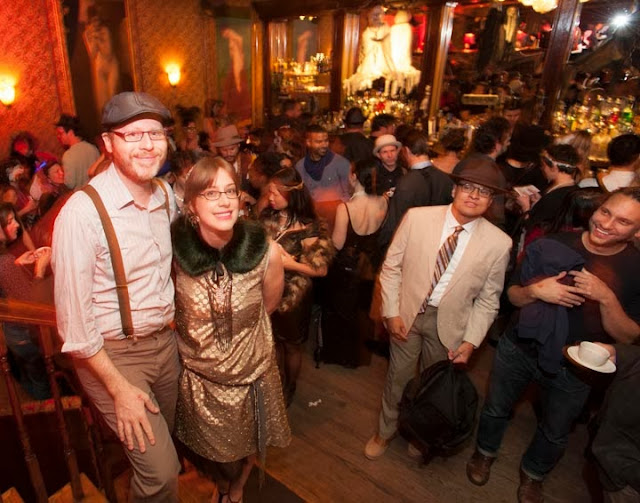 This past Saturday night, My lovely wife Terra concocted an elaborate scheme to surprise me for my 40th birthday.   I'd been feeling kinda bummed about my birthday for a while because I was trying to think of something different to do this year, but couldn't come up with any ideas.  Also, it'd been a bit of a tough year and I hadn't been great at keeping in touch with many of my friends, so I wasn't sure everyone had such positive feeling towards me.  So, I was truly touched that so many frineds, some of which I hadn't seen in a long while,  traveled from far away, got sitters, came pregnant, dressed in 1930s garb and devoted their Saturday nights to surprising me on my birthday.  I've never felt more loved.

Thanks to Cynthia Von Buhler for opening her incredible Speakeasy Dollhouse to us and pretending to hire me to take press shots as a ruse to get me there.  I highly recommend seeing Cynthia's fascinating family history played out as immersive theater.  We saw the show once before, last year and it's brilliant. 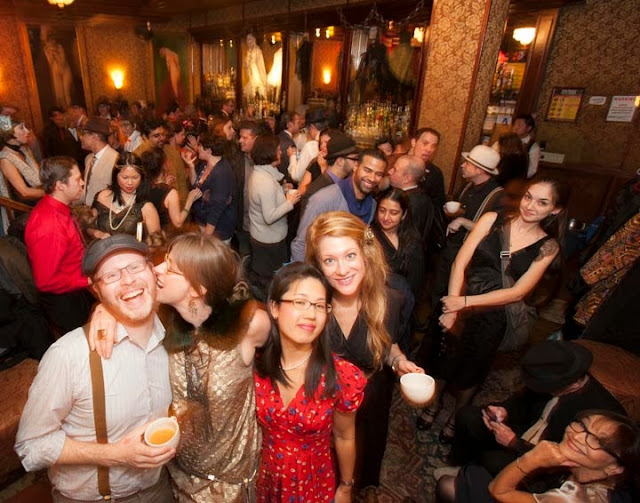 A special thank you to my wife, Terra, who somehow planned this whole shebang in secret, got me the best and schmuckiest birthday cake ever, (thanks for the awesome image, Gregory Benton!) feigned an ankle injury on the way there so we wouldn't arrive too early, and for just being an all-around wonderful wife.

Also, thanks to Hannah Means-Shannon, who will be reportied on the event for one of my favorite websites, bleedingcool.com in her beautifully written article, "New York’s Immersive Theatre Speakeasy Dollhouse Wows Comics Folks on Seth Kushner’s Birthday."
Here's an excerpt: "I run up the subway steps with only two minutes to spare until my appointment. Turning the corner, I start looking for some indicator of where I’m going but don’t expect to find any since the place isn’t really on any maps. But then I see an unusual number of people on the street trying to look casual about a block away. I mentally “tsk” them—not very subtle. If we get raided tonight it’ll ruin Seth’s birthday. The one he doesn’t know he’s having. Unless he sees all these people. I thought everyone was supposed to go around the back.  But the problem, I realize as I get closer, is that there are too many people. Seth has too many friends. And they are all here being unsubtle. Thankfully, his wife has noticed too, just in time, and faking a sprained ankle, has slowed things down. I cut the line to ask a bootlegger in the know what’s what. A fine lady in a very pale lace gown with an even paler complexion asks if my name’s on the list. I say some magic words, jumping the list. Suddenly everyone’s moving quickly. I keep getting pulled by the elbow, come this way, come that way. It’s getting confusing already until I’m not even sure how we got inside. It’s dark. We try to be quiet, but every so often there’s a solid metal thunking on the door and someone has to open it or Cynthia, who’s trying to keep us all in hand, says, “Don’t open it!” in sternest tones."
Read the rest of the article here. 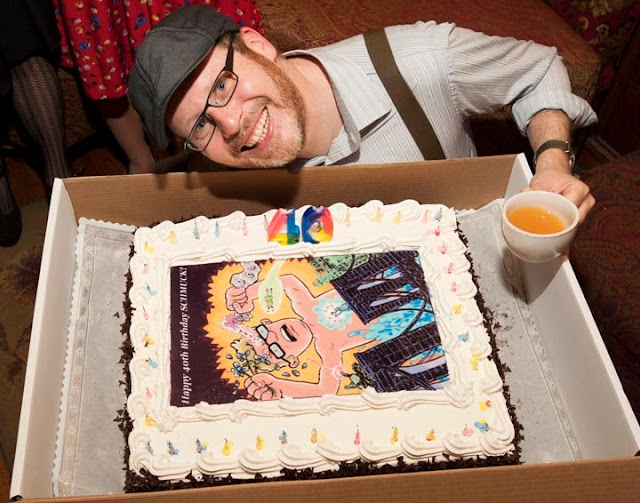 This past year had its challenges, but I've got lots of good things in the works for the upcoming one, so I'm feeling positive and looking forward to making 40 the new 39!
Posted by Seth Kushner News at 10/31/2013 01:42:00 PM No comments:

I was a huge wrestling fan when I was a kid. I even wrote an essay about it recently, called Wrestling With Big Fat Freddy.  I spent many a Saturday morning following the colorful, soap opera-like antics of the larger-than-life men seen in these photos.

Throughout my photo career I've always try to photograph the things that interest me, whether it be comic book creators, people from Brooklyn or indie film personalities.  This modest series of mostly close-up portraits of wrestlers has been something I've been pursuing these last few years whenever I've been at an event like Comic-Con or Chiller Theater, where wrestlers are appearing.  I took the photo above of Sgt. Slaughter and the one below of Mick Foley at New York Comic-Con this past weekend.  While I've posted the others in various places previously, I though these new addition gave me a good excuse to present the series all-together.

My concept for this series is simple.  I want to take photos of these cultural and familiar icons from the past and present them as they appear today, in an honest way.  I'm hoping to shoot more soon. 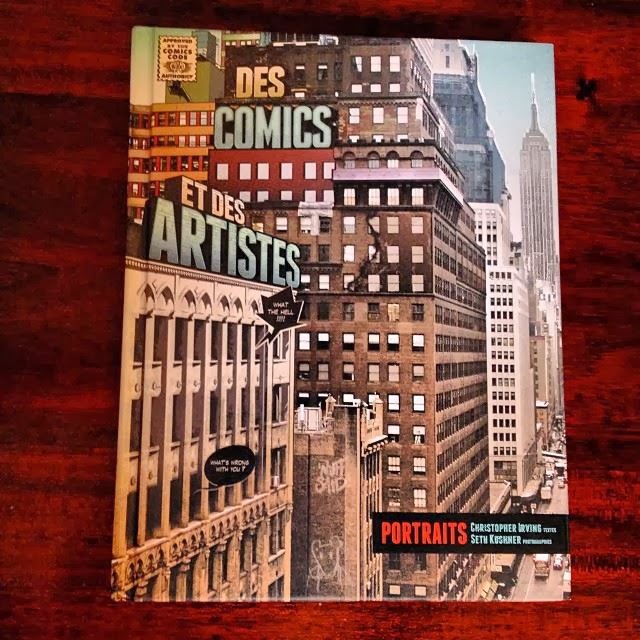 The French edition of LEAPING TALL BUILDINGS is here! Christopher Irving and I are proud to have our book published internationally. Thanks to Nicolas Forsans and Muttpop for doing a great job.

"From Google translate:
This is the French version of Leaping Tall Buildings, a book of 240 pages written by Christopher Irving and portrays fifty major artists Comics universe and to discover or rediscover those who did and continue to the American comics.

More than just a compilation of interviews and portraits quickly brushed the author is here accompanied in his work by photographer Seth Kushner, and quite honestly his work gives a real character to the whole.
Whether portraits of various artists or iconic New York City, Seth Kushner manages to create a real atmosphere and it is more than just
"Big Apple" (birthplace of Comics) in either case.

Christopher Irving then narrates a History of Comics through the ages and distilled to our delight many revealing anecdotes with privacy, modesty and enthusiasm the report Comics encountered by different authors.

No need to sugarcoat it is neither more nor less than a Great Book.
In summary it is a beautiful and essential for all lovers of the great writers and Comics at large book.