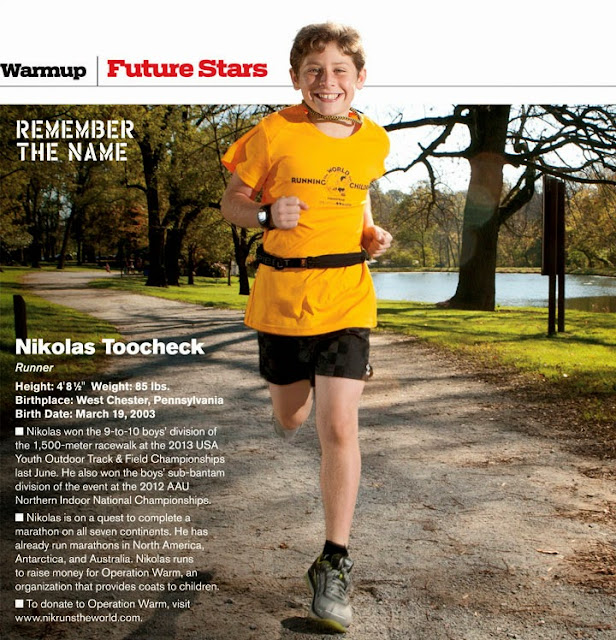 It was a beautiful autumn day when my assistant Kathleen Ching and I drove down to West Chester, Pennsylvania to photograph 10-year old runner, Nikolas Toocheck for SI For Kids. Photo editor Annamrie Avilla's directions were to make it "colorful and fun" and shoot him somewhere "beautiful."  I spoke with Nickolas' mom weeks in advance and asked her where her son usually runs and she described a park by a lake.  Perfect. 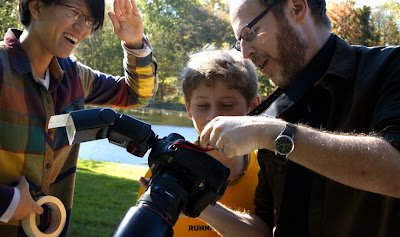 While I tried all kinds of posed shots, I knew THE SHOT had to be one of him running.  But, it had to be a portrait not an action or a sports shot and it couldn't be taken from across the lake with a super-long lens.  So, my concept was to have him run towards the camera, so I'd catch him close and he'd be relating with the camera.  Kathleen and I marked a spot on the ground and set up portable strobes on either side of the spot.  I pre-focused on the spot so Nikolas would be in focus and "frozen" when he hit his mark.  I also had an on-camera flash to add some front fill on my subject.  I had Nikolas run back and fourth about 20 times, which he was more than happy to do, and happily, most of the frames were pretty good.  The above selected image which ran in the magazine provides, for me, (and I assume the photo editors of SI) the perfect balance between portrait and action shot. 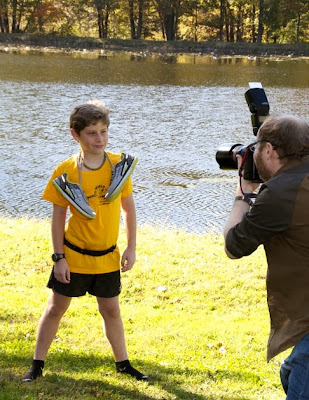 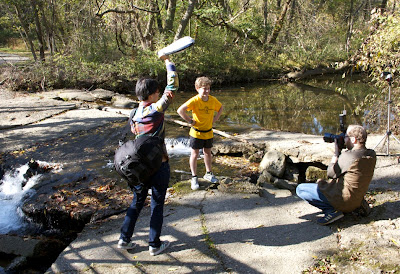